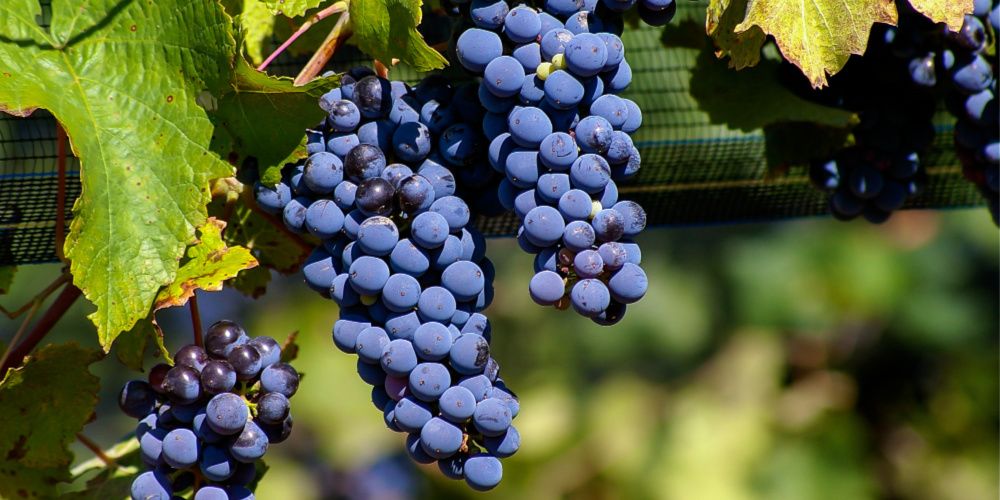 During normal times, in a normal world I would have been out and about on a mission to taste some Malbec today. Unfortunately, we are still under lockdown and I needed to scour the internet for some details and fun facts about Malbec.

This thick-skinned grape was a natural cross of Prunelard from Gaillac and Magdeleine des Charentes from Montpellier (the mother of Merlot!). Originating in the south-west of France, Malbec is now the most important grape varietal in Argentina.

Malbec (also known as Côt or Auxxerois) seems to have originated in Cahors, where it is still mostly grown in France today, and used to be the most commonly planted grape varietal in south-west France during the Middle Ages. Unfortunately a vast number of vines were destroyed during the Phylloxera outbreak between 1875 to 1889 and were replaced by varieties that had a better affinity to the American rootstock that was imported to protect vines against phylloxera. Fast-forward a couple of hundred years and the frost of 1956 destroyed about 75% of the crop in Bordeaux, which led to most growers pulling out the vines and replacing them with other varieties such as Merlot and Cabernet Sauvignon.

Malbec is still an important blending grape in Bordeaux, providing colour and fruit flavours to the wines, but because of its poor resistance to fungal diseases and pests, it never resurfaced as a top grape. It is often blended with Merlot and/or Cabernet Sauvignon.

Its stronghold, however, remains in Cahors where Appellation d’origine contrôlée (AOC) regulations stipulate that Malbec must comprise at least 70% of the blend, with Merlot and Tannat rounding out the remaining percentage.

The grape struggled to reach its full potential until it was introduced to Argentina in the late 1800s. It was first planted in Mendoza by the French botanist Michel Pouget who imported vine cuttings from France. The particular Malbec clone that was brought to Argentina has since disappeared from France.

Pouget was asked to import the cuttings by Domingo Sarmiento who, at the time, was the governor of Mendoza and later became the President of Argentina. Sarmiento wanted to build a wine industry in Argentina that was as refined as the French wine industry.

While French winemakers struggled to produce Malbec, the grape thrived in the warmer Argentinian climate, resulting in the country becoming the biggest producer of the variety over a number of years. Initially Malbec was mostly consumed locally, but towards the late 1900s and early 2000s a number of strategies were put in place to export top quality wines to the rest of the world.

According to recent statistics there are roughly about 490 ha of Malbec in South Africa. The grape has been cultivated in Stellenbosch and Paarl since the 1920s, but was only bottled as a single varietal by Backsberg Estate Cellars in the early 1990s. The varietal’s popularity, however, seems to be growing as the area under production increased from a mere 40 ha in the 1990s with Stellenbosch, Paarl and the Swartland comprising about three-quarters of the total area under production to date.

Malbec in your glass

Malbec is a dark red grape that produces a deep purple wine. The wines are typically full-bodied, with high tannins and black fruit flavours (blackberry, black plum, blueberry). Because Malbec is a very fruity and smooth red wine it is often oaked for shorter periods of time. Oak-matured Malbec will show flavours of cloves, vanilla and sweet tobacco. Tertiary aromas that can develop in good quality wines are dried fruit and meat.

French Malbec generally has a more earthy profile and you can expect higher tannins and flavours of red- and blackcurrant, smoke and also liquorice.

Argentinian Malbec can range from a juicy wine dominated by red fruit flavours and balanced tannins, especially if it has been made with little to no oak-maturation. Higher-end Malbec wines tend to be matured in oak for longer periods and will show black fruit, chocolate and tobacco flavours. Higher-altitude Malbec produces higher quality wines and will have higher acidity, higher tannins and additional floral and herbal aromas.

As soon as I can I will get my hands on a couple of bottles of South African Malbec and write up some tasting notes for you to read.

Thanks for reading! Happy Malbec Day!