We are 22 days into the lockdown in South Africa, as well as 22 days into the ban of alcohol sales. I am very quickly running out of wine at home, as you’ve probably read in my earlier lockdown series articles. So, yesterday when I did a grocery run I came across a few bottles of Van Loveren Almost Zero wines hidden away in a dark corner in the local shop. I bought two. Partly because desperate times are calling for desperate measures and also because the theme for today’s #SAWineLockdown is Canned and Non-alcoholic wines.

Having never had canned wine, non-alcoholic or de-alcoholised wines I thought it would be best to buy some and taste it, so that I can have something to write about today.

Quite honestly, I’m not convinced about canned wines, but will make an effort to try some as soon as the ban on alcohol sales has been lifted.

Now, on to non-alcoholic and de-alcoholised wines. There is a difference between these two types of wine. What might that be?

Non-alcoholic wine is, in essence, grape juice that is oftentimes made from normal wine grape varietals (Sauvignon Blanc, Cabernet Sauvignon) but never went through the fermentation process, thus not converting the sugars to alcohol. De-alcoholised wine is wine that went through the full winemaking process after which the alcohol was removed.

There are a couple of processes that can be followed to remove alcohol from wine. Today I will be writing a bit about one such process that makes use of the Spinning Cone Column.

In a nutshell, the process involves wine being poured into a vertical, stainless steel column in which ascending nitrogen gas (fed into the bottom of the column) is used under vacuum to remove volatile components in the wine. The column consists of a series of inverted cones in sets of two. One of the cones in the set is fixed to the inside of the column, while the second is mounted on a rotating axis. The wine flows down these sets of cones and is transformed into a thin liquid film by centrifugal force, which comes in contact with the ascending nitrogen gas to remove the aroma and flavour compounds. The aroma and flavour compounds are condensed, separated and stored until after the alcohol has been removed from the wine and these can be added back. The liquid is then run through the process a second time, at a slightly higher temperature (about 28°C) to remove the alcohol.

For every 1% of alcohol that needs to be removed from the wine, 10% of the total product needs to be put through this process.

This is a good option for removing alcohol from wine as it doesn’t require a lot of electricity and it doesn’t heat up the wine too much.

The process is much more complex than this short explanation, but this version will make you sound pretty clever the next time you talk about de-alcoholised wines. 😜

Even though, in theory, it is a good thing to reduce the alcohol content of wine, it does mess with the overall composition and flavour profile of a wine. The question you might want to ask is why will it impact the flavour profile of the wine if we are only removing the alcohol , capturing the essence (flavours) and adding it back to the wine afterwards?

Alcohol is an important vehicle in delivering the aromas of a wine. Most of the aromas are transmitted from the surface of the wine when the alcohol evaporates — this is why red wines can sometimes be ‘shy’ when they are too chilled and why cognac is slightly warmed. This means that de-alcoholised wines have flavours that are mostly associated with their sour post fermentation flavours.

Another problem, more specific to red wine, is that some of the processes involved in removing alcohol from wine also removes the tannins.

My thoughts on the wines

Both of the wines look like what they ought to, with the white wine having a pale lemon colour and the rosé a pale orange colour.

I wasn’t really able to pick up a lot of flavours on the nose, but managed to identify cape gooseberries, lime and bruised golden delicious apple on the white wine.

The rosé is off-dry and very astringent/acidic, but lacks flavour. It is, however, a nice light summer drink that I would recommend to someone cutting out alcohol for any reason.

The white wine seems drier and less acidic than the rosé, and has stronger flavours of ripe cape gooseberries and pear juice, as well as lime.

Final thoughts? It doesn’t taste like ‘real’ wine and I think that it is unfair to expect it to. And yes, I will drink more of this.

Thanks for reading! Good luck for the rest of lockdown, buy some de-alcoholised wine. 😁

P.S. Thanks to my friend and technical-editor for the day winemaker André Roux from Rupert & Rothschild Vignerons. 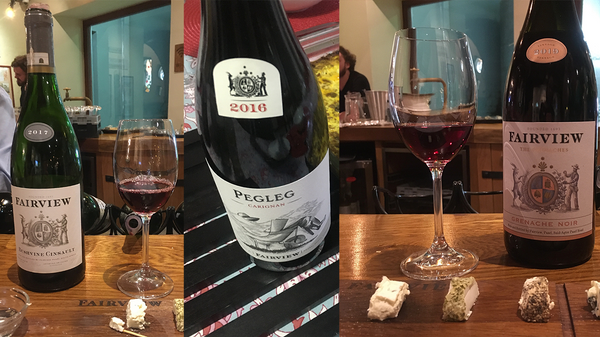 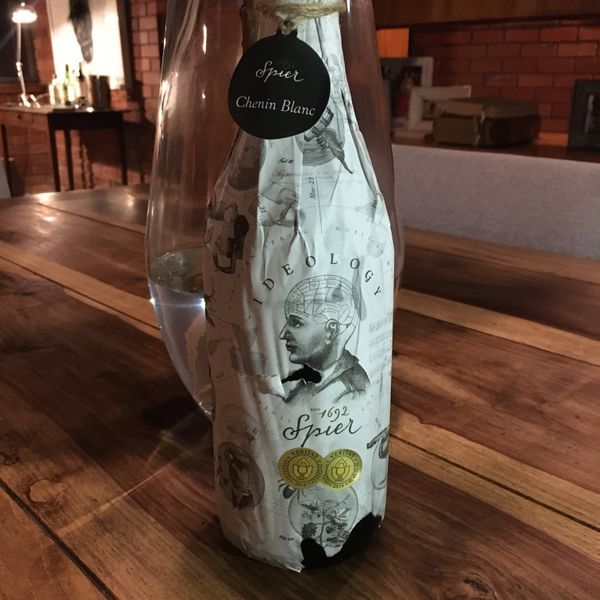