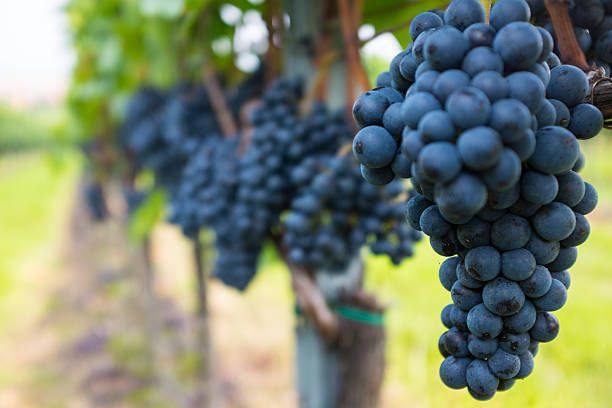 On Day 32 of the South African lockdown, I could do with a lovely glass of Shiraz — a wine as bold and opaque as its history.

A little bit of history

If you’ve ever read about the history of the Shiraz grape (or Syrah as it is often called), you would have come across a couple of rather romantic versions.

Many believed that the grape originated in ancient Persia (Iran today) in a village called Shiraz. Some historians on the other hand believed that it was brought to Marseilles from the Middle East around 560 B.C. Another theory is that Roman legions from Egypt carried it to Syracuse on the island of Sicily. The last popular version is that it found its way into France through Crusaders from Cyprus returning from the Middle East in the 13th century.

All of these legends and stories were, however, proven to be false when in 1999 two scientists, Carole Meredith, a professor at the University of California at Davis, and Jean-Michel Boursiquot of L’Ecole Nationale Superiore Agronomique de Montpellier, used DNA testing to find the true origin of the grape. France.
It was found that Syrah is the offspring of two unknown French varieties, Dureza (native to the Ardéche) and Mondeuse Blanche (native to the Savoie).

Similarly to the initially obscure world history, no one is quite sure when and how the first Shiraz cuttings made their way onto South African soil. One theory is that it came by way of Governor Simon van der Stel in the late 1600s, another is that the Scottish viticulturist and the man credited for introducing Shiraz to Australia, James Busby, brought cuttings to the Cape in 1840.

What we do know, is that the first confirmation of it being planted in South Africa came at the end of the 1890s when it was planted at Groot Constantia.

Shiraz made another appearance in the South African wine history books in 1935 when 15 wines were entered in the Cape Agricultural Wine Competition. Surprisingly, of these, 12 were sweet wines.

In 1957, Bellingham's winemaker, Bernard Podlashuk, bottled the first single varietal Shiraz. This afforded him the title of “The Father of Shiraz in South Africa”. This led to Groot Constantia doing the same in 1963, and Klawer Co-op following suit in 1965.

Today this varietal is the second most planted red varietal in South Africa, following on Cabernet Sauvignon. Worldwide, South Africa has the fourth biggest plantings of Shiraz.

Syrah and Shiraz wines are both made from the same grape varietal, so why the different names? Syrah is the French name, while Shiraz is the name more commonly used in the ‘New World’ (i.e. Australia, South Africa).

Shiraz is a thick-skinned black grape variety with small berries. It is a very versatile varietal that does well in both moderate and warm climates, but can also be planted in cooler areas closer to the coast or at altitude.

The different climates have a big influence on the flavour and aroma profiles of the wines produced from the grapes in the different areas. Warmer climate wines tend to be full-bodied, high alcohol wines with ripe flavours of cooked black fruits and liquorice. These are commonly found in South Africa.

Oak maturation of these wines are very common and adds smokiness and spice flavours, as well as softening the tannins. If the wines are left to mature in the bottle they should develop meaty, leathery, earthy and dried-fruit flavours.

Shiraz pairs exceptionally well with most South African ‘winter foods’; stews, potjiekos and casseroles, it also pairs very well with game and red meat, which makes it the perfect companion to a braai.

As winter creeps closer, you should try to stock up on some Shiraz (as soon as wine sales are permitted of course).